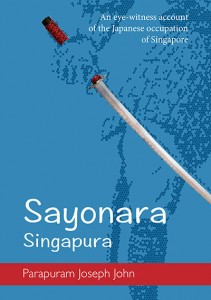 This was a straightforward conversion from a customer supplied document to standard epub and mobi. The cover design was also supplied by the customer for integration into the ebook. The final converted files were then distributed to all 5 major vendors.

I WAS IN CHARGE of a morning newspaper in Singapore, sleepily okaying Page One when 17 Japanese Zero bombers shattered the night.

It was December 8, 1941, and Japan was now at war with Britain. Almost simultaneously she crippled the American naval base in Pearl Harbour – the fruit of years of spy work.

Thus the third and last Axis Power entered the arena on the side of Nazi Germany and Fascist Italy. The Axis was in the ascendancy.

Having been fed hopeful stories daily from London that the talks being conducted by Japanese envoys in Washington would be ‘fruitful’, we in Singapore hadn’t an inkling that war with Japan was imminent. As usual, we had a plethora of priority news both from Reuter and the British Official Wireless hinting that the Washington talks might lead to ‘hitting the nail right on the head’.

As Japan wished, now we were totally unprepared. In fact, Singapore was in dreamland when the bombing began...