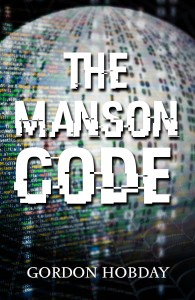 About the project
Gordon came to us wanting to convert his Word document manuscript into an ebook for release on all vendors. We were also commissioned to design the front cover with a particular brief in mind. The cover utilised imagery requested by the client while maintaining an attractive appearance. After conversion, the ebook was released on all vendors.

About the book
It is not just hackers, money skimming criminals and cyber attacks that threaten our world relying on the Internet. Sometimes the Web gets unbalanced, grows out of control, just by itself. Todd Kennet works with his father, David, as one of many researchers and specialists around the world who keep the Internet balanced and working. David is kidnapped but sends a message to Todd invoking Charles Manson, a warning that a new Web is evolving, becoming more than just a network of connected machines.

Terrorists and mutineering army ofﬁcers, afraid of a machine controlled future, a mechanised ‘Stalin’, vie with governments for the upper hand in the growing crisis. Criminal gangs threaten Todd’s family in the quest for control of the new Web. Todd has to ﬁnd a way through, to save his father, save the Web and save the world.