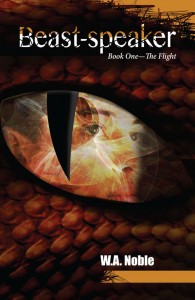 About the project
This project was a standard ebook conversion from a word document supplied by the customer. Prior to conversion we designed the cover using ideas supplied by the customer which resulted in creating a dragon’s eye with a reflection of a boy on the iris. Once the client approved the final draft, we then aggregated the book to Amazon, Apple, Google and Kobo.

This book is no longer available for sale

Reviews
This book has received numerous reviews including the ones below:

'Beast-speaker' is an engaging and ingenious tale that can be read on a number of levels. It's an exciting fantasy/adventure story in which the dragons become as real and as diverse in personality as any of the human characters (for that matter, so do the camels!) and the plotline, of kidnapping and exploitation of children to become part of a war machine, is both fascinating and also challenging. The book also can be seen as allegorical, raising uncomfortable questions for today's world, and for societies in which the rights of children have been deliberately ignored by brutal authorities who are blind to justice and compassion. Telling the story from two perspectives - by two of the kidnapped boys - gives it further interest, and the whole concept of 'beast-speaking' is a satisfying way of developing the action. Thoroughly enjoyable, and hard to put down. Bring on Book 2.—valerie j volk

About the book
Best friends, Seeger and Boyd, are stolen in the night and, destined to be child soldiers, they’re flown on the back of a dragon to the citadel of the Midrashi. Seeger is sent to the stables, where he must endure harsh treatment by the Beast-master. Boyd becomes a soldier and fears he is losing his humanity. The two friends must find a way to survive and, possibly, to find a way home.