When the customer first got in touch with us, he supplied us with 3 existing ePub ebook files which were previously converted by another company. The ebooks contained many images and graphs which were of very low quality and recommended that these images get redone. The customer approved our proposal, we then scanned, optimised and encoded approximately 126 images across 3 ebooks. We also converted these to mobi format. Once the customer was happy with the final conversions, we distributed them to all major vendors. It was a pleasure working with Dr Eddie Price and colleague James Benjamin and hope to hear from them again in the near future. 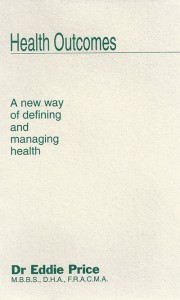 Although published in 1985, this book is particularly relevant today, with the major move to Health Outcomes.

Utilising delightful doctor/patient encounters, taken from his own clinical experience, Dr Price discovers the real objective of the patients attendance at the GP.

He discovers that only 10% of medical encounters are aimed at “saving lives” or increasing the life expectancy.

That 40% are actually aimed at increasing the patient “Health-Related Quality of Life” or their Functional Health Status.

To his surprise, he finds that as much as 30% of these services are intended to “Relieve Distress” or gaining reassurance, whilst the residual 20%, are or should be, preventive services or health promoting services.

In 1985, other than life expectancy, the other 90% of healthcare services’ effectiveness were not being measured.

Dr Price noted that these could only be measured at that time by quantified questionnaires to the patient.

The Appendix sets out one such questionnaire developed by, and first used by, Dr Price in 1980.

The final chapter, “The Emperor’s New Clothes”, highlights solutions, as documented in this 1985 book, and now, with internet enablement, even more readily-implementable in 2015. 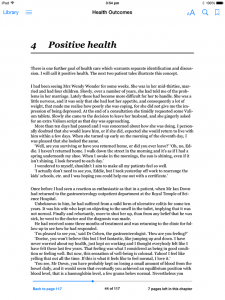 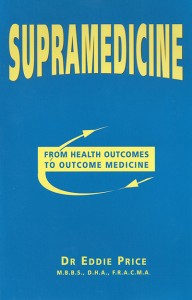 Over the years from 1985 to 1997, there were significant developments in the Health Outcomes movement, as well as in science with the development of “Systems Theory”.

Systems Theory became modern science by 1997 and was now no longer viewing nature as separate objects or things, but as a hierarchy of interdependent systems.

Nature is divided into a hierarchy of systems, above and below the individual. All of these systems influence the individual and the individual’s health. Those above the individual, in hierarchical order, are communities, family, and the person’s environment, nutrition and behaviours.

Systems below the individual human body, in top down order are, the cardiovascular, neurological, respiration, etc systems, organs, tissues and cells. These are known as subsystems.

This highlights that there are systems above the human body, called Suprasystems.

Dr Price, by applying Systems Theory to human health, pointed out that current medicine almost exclusively dealt with the subsystems of the human body.

By 1997, excellent validated and reliable patient-reported questionnaires, known as Health Outcomes, were being used in research at the individual patient level to measure a person’s functional health status or “Health-Related Quality of Life” (HRQoL).

Some of these quantified questionnaires were more accurate than blood pressure measurement.

There were many thousands of excellent generic (general health) as well as body part-specific measures.

Dr Price realised that the techniques used to achieve valid and reliable measures for HRQoL could now be used to measure the individual’s health systems “above the human body” - the “SUPRA” systems.

This would include “measures of family/community support and the person’s interrelationship with the health system”.

This was previously termed as “relieving distress”.

In this book, it is now defined as “A person’s confidence that care and comfort is available in times of illness”.

It would also include measures of a person’s diet, environment, behaviours, e.g. smoking and alcohol; and i.e. their risk factors or their lack of preventive and health promotive behaviours and interrelationships.

These are all suprasystems or systems above the individual that can now be measured in each individual patient.

In utilising these tools in his own preventive occupational health practice, Dr Price realised these were really a new set of Diagnostic Tools. These in turn would lead to a new set of lifestyle functional treatments that should have revolutionised, and still will revolutionise, medicine.

Hence the title and sub-title “Supramedicine". From "Health Outcomes" to "Outcomes Medicine”. 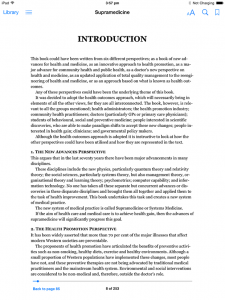 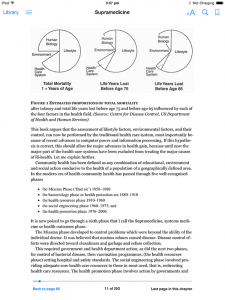 Book 3: So You Think Medicine is Modern 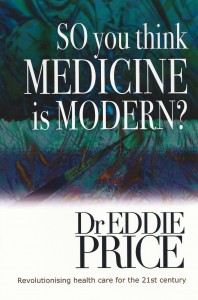 Disappointed by the lack of uptake in the utilisation of Health Outcomes into routine day-to-day medical practice, Dr Price was confronted by the objection that as these measures were patients’ responses to questions – they were “subjective” and therefore not good science. Medicine, said the doctors, was based in science, which was objective.

This made no sense to Dr Price, who considered himself an advocate for scientific medicine.

He vowed to find the science that would prove that “Outcomes Medicine” was not only based on good science but the latest science.

This led him on a journey from Systems Theory to Quantum Mechanics, to Dissipative Structures, to Einstein and e = mc2. He read about fractals, Mandelbrot, and the work of the world-famous Santa Fe Institute set up by “particle physics” Nobel Prize Winner, Murray Gell-Mann, which developed the latest science – Complexity Science.

Dr Price concluded that the human body is a Complex Adaptive System (CAS) and realised that there was an additional in-between “state of matter” between solid and fluid.

Dr Price further contended this was a “functional” state that not only was consistent with Health Outcomes “functional” measurements, but enabled information generation and with the aid of the solid and fluid parts of the cell, information processing or cognition.

Dr Price’s hypothesis on the SOPHTID state has now been supported by Longo & Montévil in their 2014 book, Perspectives on Organisms, where they call this “SOPHTID state”, Extended Critically.

Thus, with this scientific backing, “Outcomes Medicine” is now best called “Complexity Medicine”, and is backed by the latest science.

It enables a new form of Digitised Medicine that will revolutionise healthcare improving Health Outcomes and drastically reducing costs. 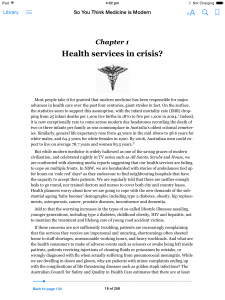 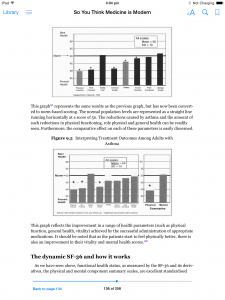