About the project
This was our third project with LynMiller on her Adamadas Chronicles series. The young adult fantasy novel came to us in a PDF document that we converted to epub and mobi. Prior to ebook conversion, illustrator Glen worked with LynMiller on creating cover designs using the artist's drawings for inspiration. Not only did Glen digitally illustrate the cover for Rogan, but he also designed the covers for the previous two books in the series. The designs cohesively link the books throughout the series and provide a great sense of the content of the books.

Once ebook conversion was completed, after some corrections by the author, we aggregated it to our usual vendors: Amazon Kindle, Kobo, Apple iBooks and Google Play Books.

About the book
Rogan has a privileged childhood in Redlands but does not live up to his parents’ aspirations; he mixes with the wrong people and his interests, they tell all who will listen, are pedestrian and unambitious. His father decides that Rogan must study engineering at Redlands University. Rogan has other ideas, greater dreams. He rebels and is disowned only a few days after beginning studies at RedlandsU.

Rogan has two talents that have helped him survive childhood. One is the ability to recognise auras emanating from mineral and gem deposits; the other is an innate wisdom in choosing good friends. Rogan is a builder, not a destroyer. He doesn’t simply hold his ground in battle but gains more. He is a natural leader who encourages his followers to be leaders themselves. Used to winning, even against the odds, always relying on his strong belief in ElWay, Rogan’s greatest threat is himself: he takes winning for granted. He marries young; life is perfect; and then the killers come and he is alone, guilt-ridden, angry, and hurting more than he has ever hurt.

He joins the fleet being assembled to rescue fleeing refugees in war-torn Zhrebat, a nation north of Himal. Although the mission is a success, he returns to The Land without any real sense of tahl’qut – redemption. Then Ruler Magenta calls on him to rebuild a run-down estate, replacing the evil sharath, Gaelu’un, who ruined it and drove its people into penury and worse; there, Rogan finds his redemption. He rebuilds the estate and rescues seven children from the perverted former sharath, making them his wards.

Again, Rogan wins. He remarries and adopts his seven wards. Everything is perfect. Then, pursuing an enemy and her disciple, Rogan experiences loss, guilt and pain all over again. This time he also experiences humiliation, helplessness, and fear. Ruler Magenta deploys a major rescue mission but Rogan has escaped his imprisonment and disappeared. On his long walk home, he battles the effects of drugs, hunger and exhaustion, but never deviates from his purpose to regain his family and his life. 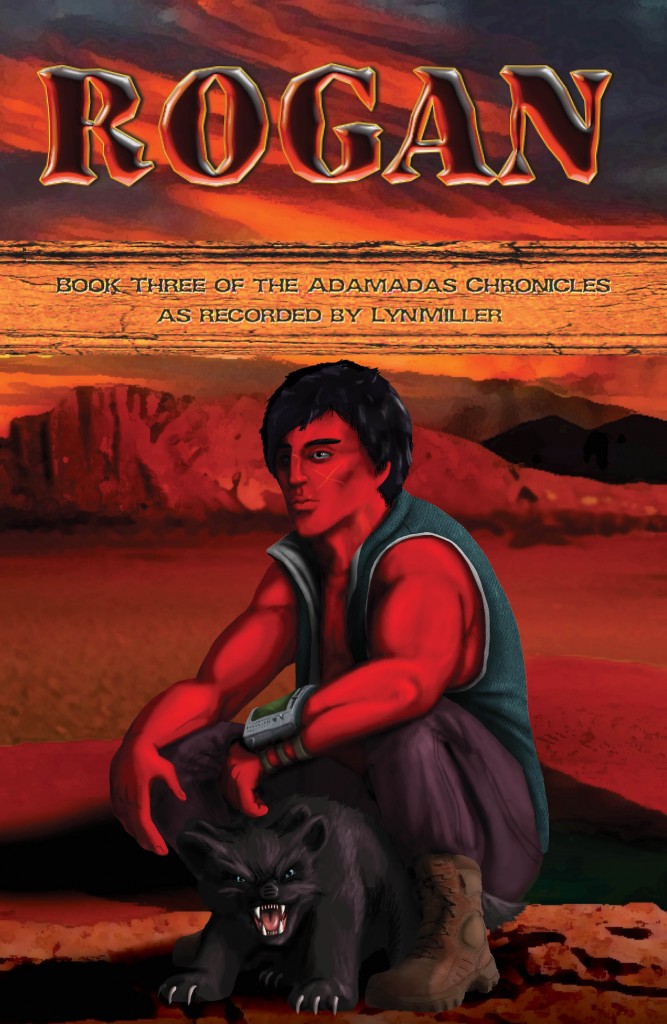 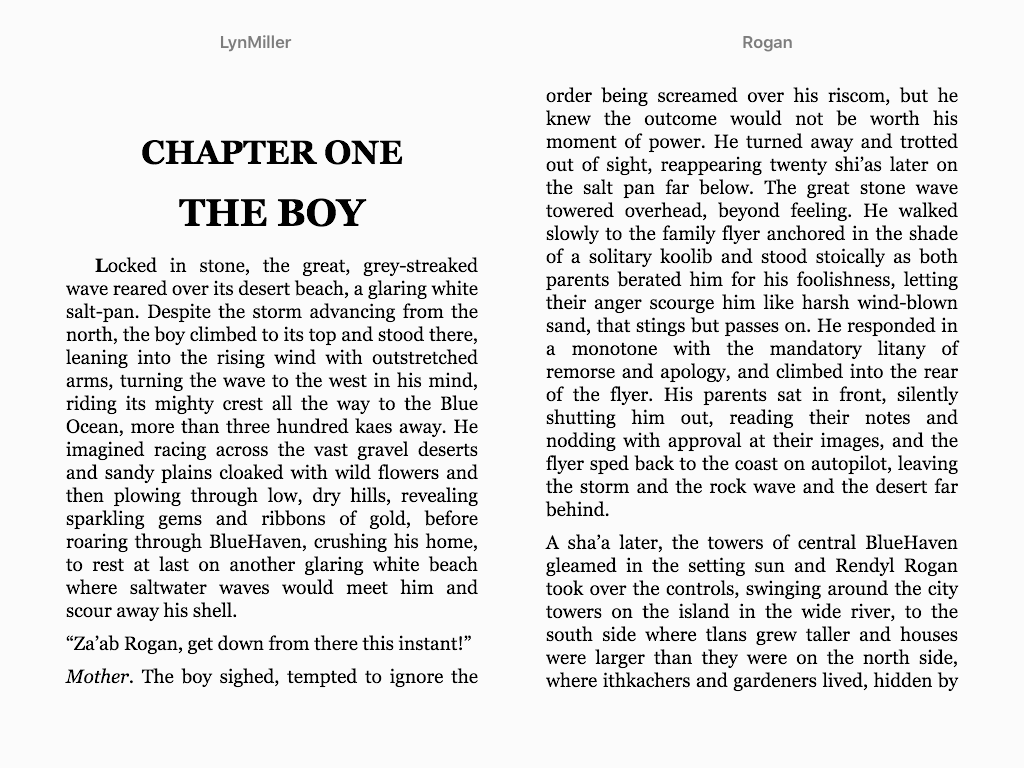 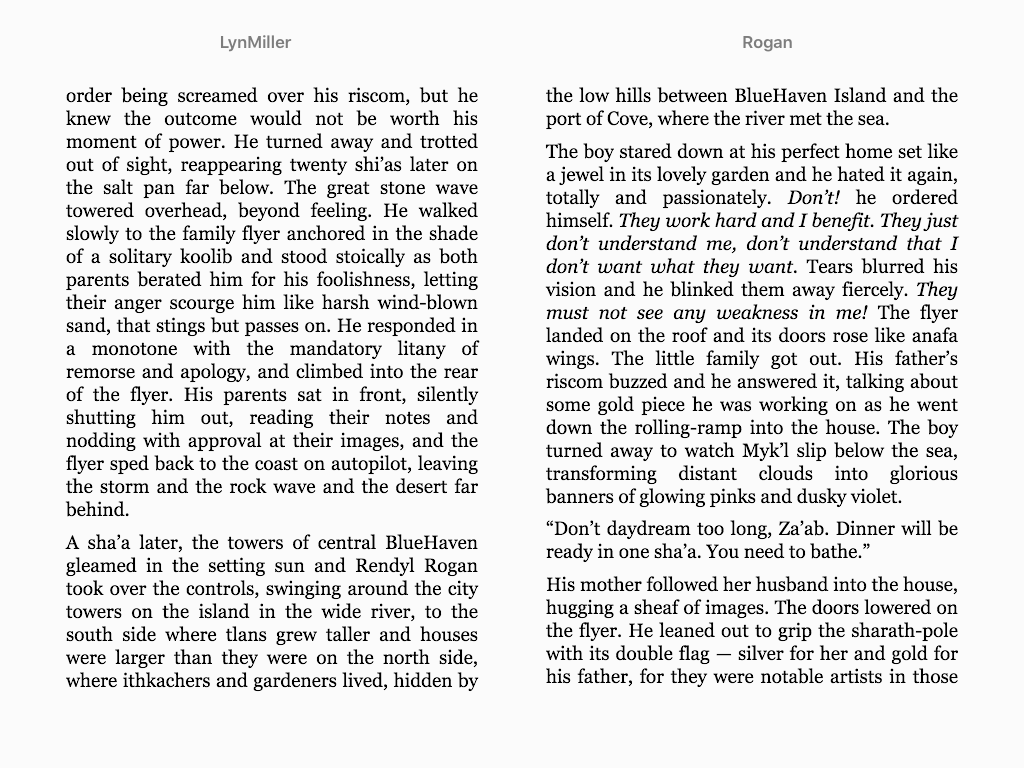 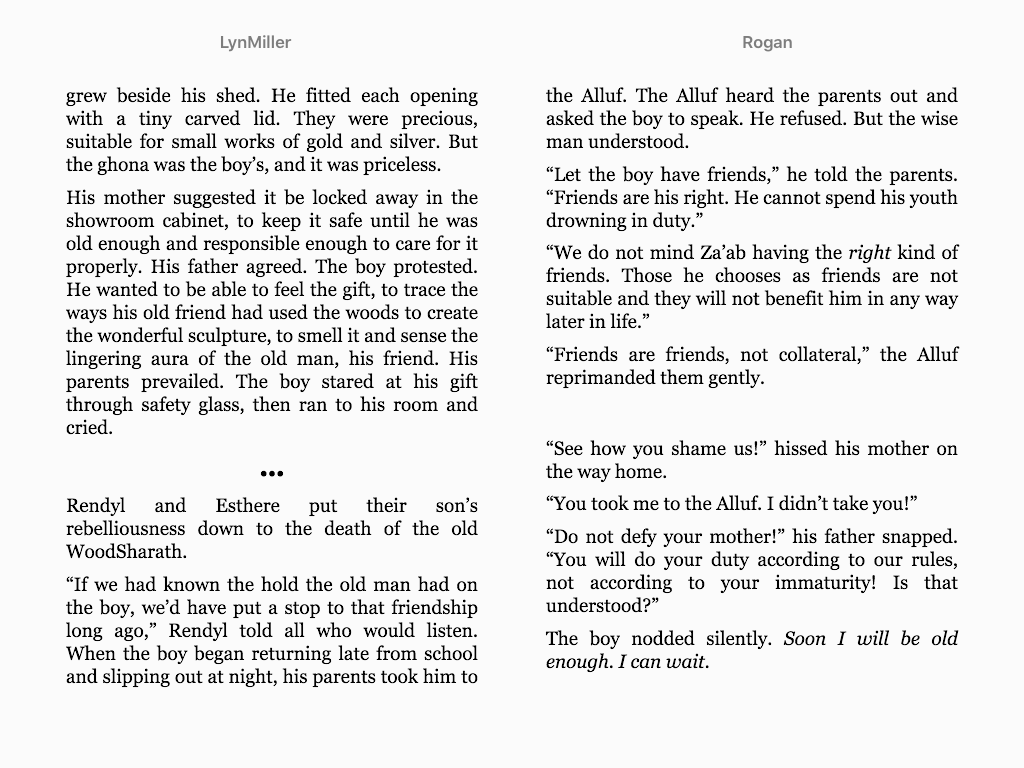