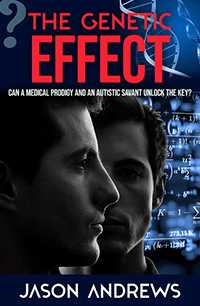 About the project
Jason Andrews first approached us about editing for The Genetic Effect in mid-2020. We went through a round of structural editing with him, moving on to two rounds of line editing and a proofread, with some extra revision as well, to help it take shape. We did the cover design, then converted it into an ebook and distributed it via our online distributors. We also did a Marketing Stage 1 Action Plan for Jason to help him hone his marketing campaign.

Medical prodigy James Drake has it all. He’s a gifted athlete, has looks to kill and charm to spare. He is also on the verge of finding a cure for some of the most debilitating genetic conditions known, including autism.

His twin brother Seb is an autistic savant. Seb may relate to people a little differently, but his genius mind could find the key to unlock James’ research.

But Dietrich Heuser, director of Medivate Pharmaceutical, keeps hounding James for the rights to his formula. Can James trust Heuser or does the pharmaceutical company want access to his work for the wrong reasons? And why is the Irish Mob following him?

Can they find the key or will the formula fall into the wrong hands?

Jason Andrews is a lawyer with a health background who has worked in these occupations for 25 years. He studied in Victoria, where he still practices, specialising in Health and Disability Law.

He was drawn to write The Genetic Effect through his experience as a father of two boys who live with Autism Spectrum Disorder and also working in the disability sector. This led him to think more about the abilities of people with autism.

Jason supports his children in local community sporting groups and has previously played a little AFL football at the Melbourne Football Club. He lives in Geelong with his wife, Lisa, and three children Sam, Jess and Ben.

This is Jason’s first novel. 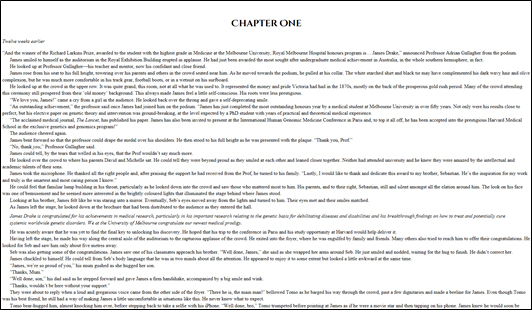