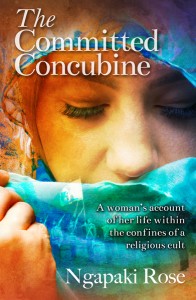 Using the Word document supplied by the client we did the ebook conversion. Once we had converted the ebook, optimising the images for the ebook and making sure the book looked good on as many devices as possible, we aggregated it to our usual vendors.

Camp David Christian Co-operative Community, also known as The God Squad, was a prominent landmark in North Canterbury, New Zealand, from the early 1970s to the late 1990s. Block-walled castellations, and turrets from which heraldic flags and banners were flown provided a spectacular view.

A carefully cultivated religious facade was presented to the public, one which many members themselves believed was genuine. The close-knit community existed side by side with locals within the Amberley and Waipara townships, and further afield.

The community disintegrated amidst revelatations of sexual deviancy and impropriety by the founder and spiritual leader of the cult.

The author gives an inside glimpse into her life within those walls, and the invisible prison bars which kept her there, up until the death of the founder in 1989.